The Field School in Medieval Archaeology and Bioarchaeology at Badia Pozzeveri (Lucca, Italy) is an academic program aimed at training students in archaeological and bioarchaeological field and laboratory methods. Excavations will take place at the church of “San Pietro a Pozzeveri” in the municipality of Altopascio. Badia Pozzeveri is located approximately 10 miles east of the city of Lucca, capital of the Tuscan province of the same name. San Pietro’s church was once part of a Camaldolese monastery, which was founded in the 11th century on the shores of Lake Bientina. The medieval lake, now entirely dried up, extended between Lucca and the Arno River. The monastery flourished during the 12-13th centuries thanks to its location along the Via Francigena, a major trade and pilgrimage route, which connected France and Northern Europe with Rome throughout the entire Middle Ages.    The monastery’s decline started in the 14th century and eventually led to its dissolution in the 15th century. San Pietro’s church remained as the village’s center of worship and is still in use.

The field school is a project created by the University of Pisa and managed by IRLAB (Institute for Research and Learning in Archaeology and Bioarchaeology), investigating biocultural complexity in the region surrounding Lucca during the Middle Ages. Specifically, the research project has the following objectives:

Learning objectives of this course

Practical, hands-on experience in the field will be complemented by laboratory activity in archaeology and bioarchaeology.  Lectures by the directors and instructors on their research will also provide students with insights in the theory and practice of archaeology and physical anthropology.

Excavation will take place daily, Monday through Friday, between 8:00 am and 6:00 pm, with an hour lunch break. At the beginning of the field school, the instructors will divide the students in four groups and each group will be assigned to a specific excavation area. Area assignments are based on a variety of factors, including experience and interests, and decisions are final. Given the didactic value of direct involvement in – and observation of the progression of – archaeological investigation, students are expected to actively contribute to the excavation of their area for the entire duration of the field school. The excavation areas at Badia Pozzeveri differ somewhat in their investigation focus and there is no guarantee that all participants will be equally involved in the excavation of human remains.   Laboratories will be held in parallel with excavation. Laboratory activities may include cleaning, labeling, restoring, and analyzing skeletal remains and artifacts, as well as elaboration of photographs and GIS records. Such activities will be held at the instructors’ discretion and will involve only small groups of students (2-3 per lab) at a time. Lectures may be given in the morning once or twice a week. In case of inclement weather, excavation will be replaced with laboratory activities and lectures. At the end of the working day students will have time to relax and shower. Students and staff will dine together at 8:00 pm-8:30 pm.

ARE YOU A RETURNING STUDENT? YOU DESERVE A SPECIAL DISCOUNT! CONTACT US!

Should minimum attendance requirement of 15 students not be met, course will be cancelled.

The Summer School has no formal prerequisites; students will be fully trained for all the activities they experience. Students interested in applying to the Summer School must fill out and submit the online Application Form.
The application deadline is June, 1st 2020. However, applications are reviewed as soon as they are received and successful applicants accepted right away.
Curriculum vitae and/or reference letters (e-mails) may be requested. The staff reserves the right to verify any of the information reported in the application form and request supporting documentation (e.g., advising reports; references) in its sole discretion. Staff will make final decisions regarding enrolment.
Acceptance will be communicated by e-mail. Upon acceptance, students will receive detailed instructions on how to submit required documentation and payments:
•  Proof of Insurance: students must have valid international health and injury insurance (made available through student travel centers) and must provide the insurance provider’s contact information, as well as the policy number, including a proof of tetanus vaccination (or booster) within the last 10 years
•  Release form: all students must read and accept the terms of the IRLAB Participation Agreement to participate in the program; a signed release form must be submitted prior to the start date of the Summer School.
•  Fee Payment: Students will be required to pay fees in full within 15 business days of receipt of the invoice in case of admission. In case of student withdrawal, all fees minus a non-refundable deposit of $500 will be refunded until May 10, 2020. After May 10, 2020 fees will not be refunded. In the unlikely event of course cancellation, fees will be refunded in full (any applicable processing fees may not be refunded). Failure to provide all the above-mentioned documents and payment within the terms specified at the time of admission will constitute an automatic forfeiture of the student’s place in the summer school. 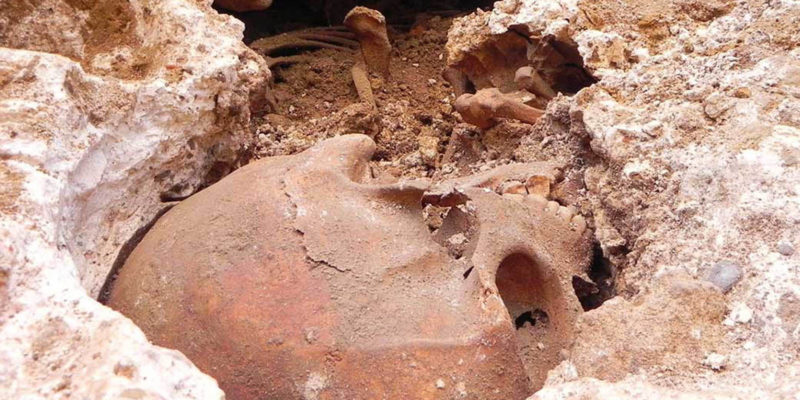 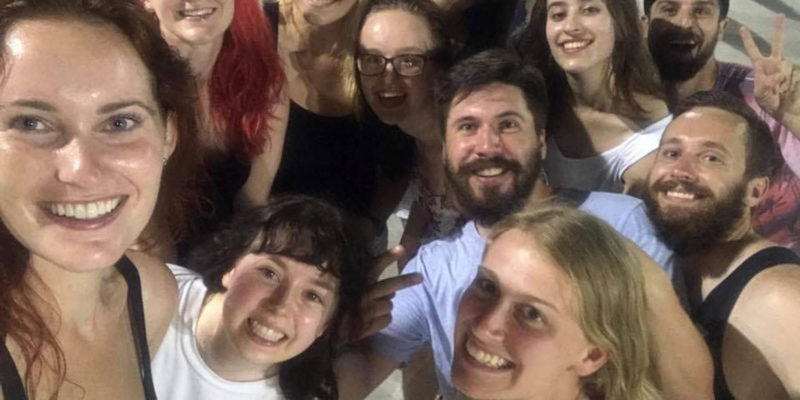 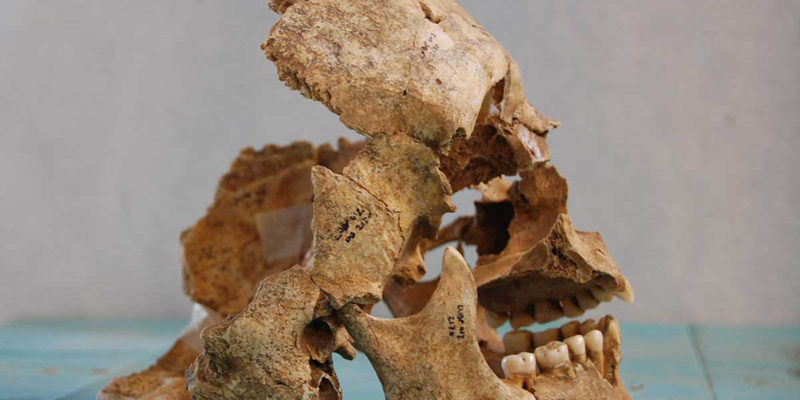 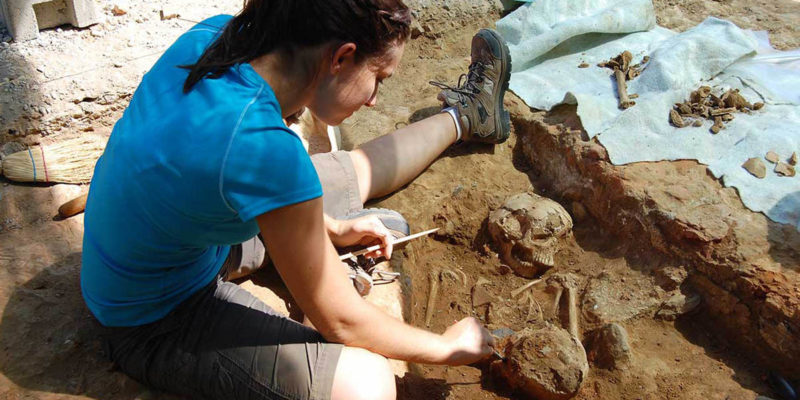 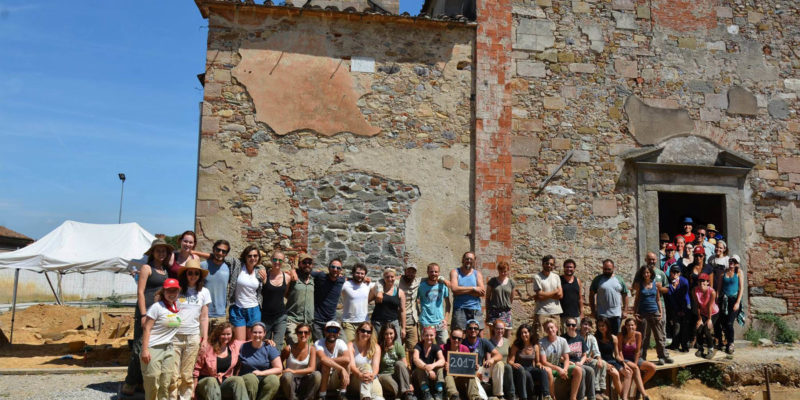 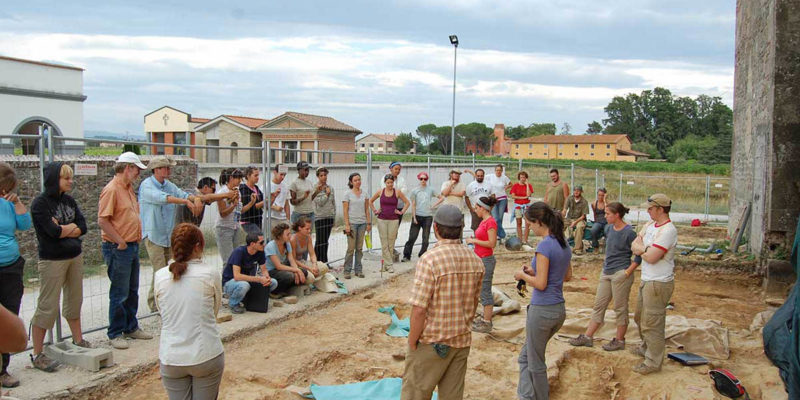 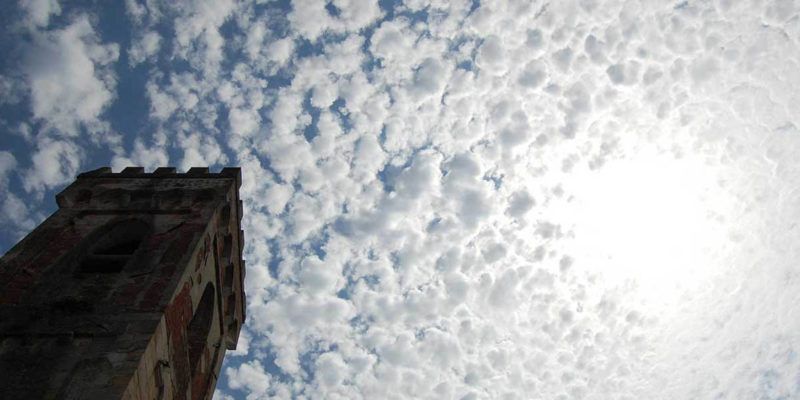 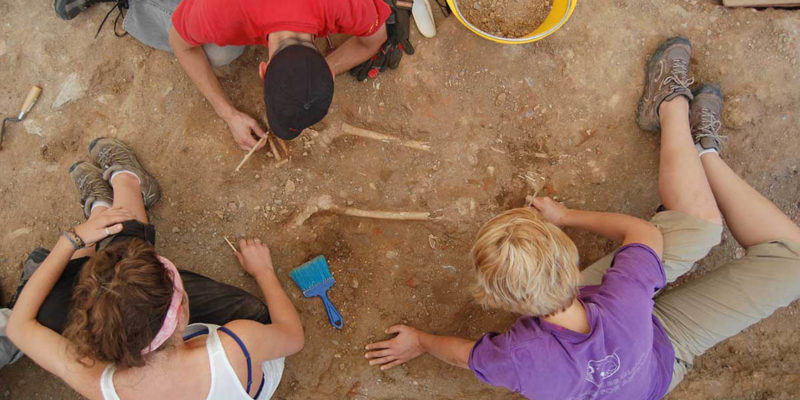 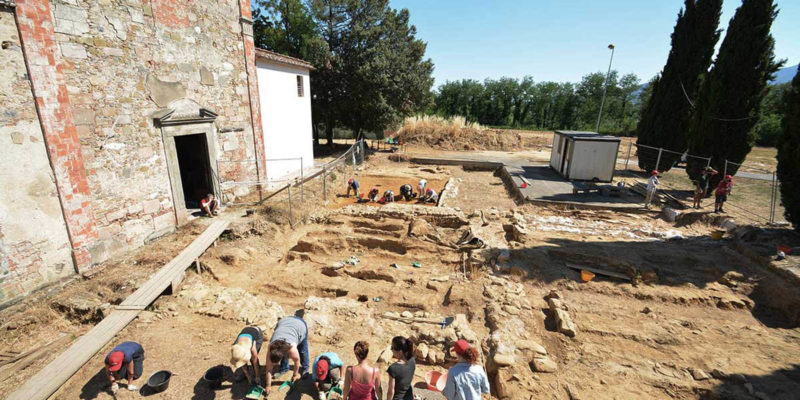 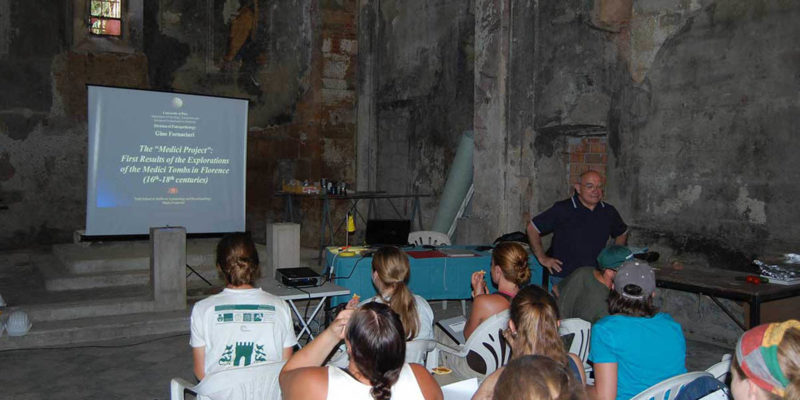 The cost listed for each session covers Field School activities (excavation practice, lectures, laboratory activities and instruments), meals (MON to FRI: breakfast, lunch and dinner), accommodation and airport pick-up service (set schedule); registration and tuition with the University of Pisa for 12-24 CFU credits (NOTE: most US institutions will convert 1 CFUs to 0.6 credit hours, that is, about 7 credit hours per session) . Additional documentation and payment processing fees (not to exceed $80/session) will be applied to the final invoice.

The course is open to up to 30 undergraduate, graduate and post-graduate students in archeology, anthropology or allied disciplines from any country and institution. Current enrollment in a university is not a requirement; all applications are evaluated equally and acceptance decisions are primarily based on merit.

Monday through Friday, 8:00am-6:00pm (including one hour lunch break).

THE OFFICIAL LANGUAGE OF THE FIELDSCHOOL IS ENGLISH AND NO KNOWLEDGE OF ITALIAN IS REQUIRED.